This project was done in collaboration between architect Mai Lee and Polymorf’s Johanna Jonsson. The project explores the potential of aggregate architecture in the extremely arid Moroccan climate. Aggregate architecture is a term coined for an architecture that produces forms from the accumulation of smaller designed modules, using no added adhesives or joints. Abiding by a string bottom-up approach to architecture, we set about to design the optimal granulate form – the “component.” The sum of these many smaller parts will ultimately dictate the final form. The project envisions the creation of a market shading structure through the aggregation of our modular elements, acting as a sort of mashrabiya. These shading structures will remain dynamic in the way that the form will always be changing. As parts may crumble or degrade due to the harsh desert climate, forms can be rebuilt anew, each time different from the previous. 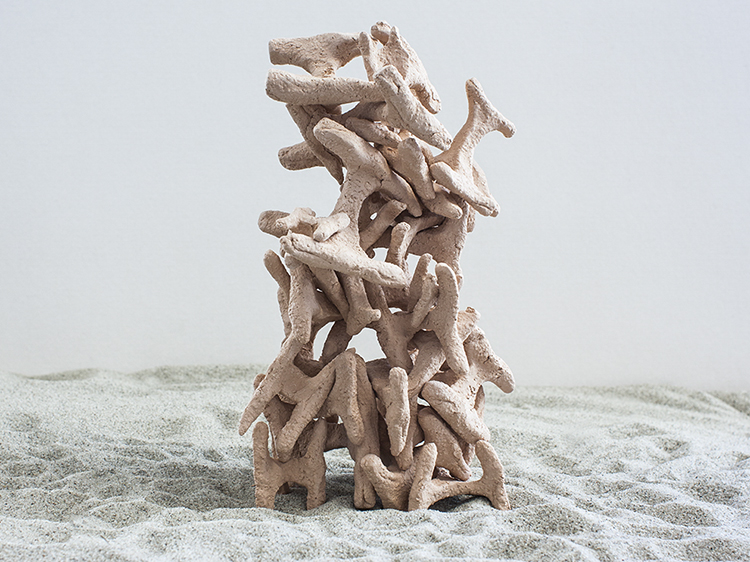